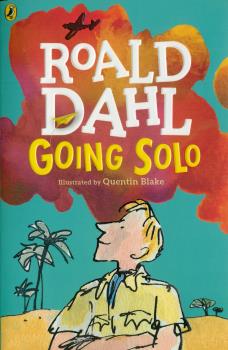 Book by Roald Dahl, first published by Jonathan Cape in London in 1986. It is a continuation of his autobiography describing his childhood, Boy. It tells about his voyage to Africa, describing the various strange people he meets. He was on a boat heading towards Dar es Salaam for his new job working for Shell Oil. He eventually joined the war as a squadron pilot in the Royal Air Force, flying the Tiger Moth, Gloster Gladiator, and Hawker Hurricane. He was among the last Allied pilots to withdraw from Greece during the German invasion, taking part in the air for the Battle of Athens on 20 April 1941. After Greece fell to the Nazis, he went to the Middle East to fight Vichy French pilots after staying for a brief time in Alexandria, Egypt.